On av.se we use cookies for the site to function in a good way for you. By using our website you agree to this. Read more about cookies

The department’s tasks mainly consist of: 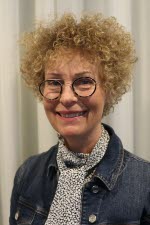